For 25 years, Pelican Brewing Company has been brewing award-winning and innovative craft beer. It all started at a rundown old building on the edge of the Oregon Coast, where three enthusiastic individuals found themselves embarking on an adventure to make great beer.

Twenty-five years later, Pelican has grown into a craft beer industry leader with fans throughout the Northwest and worldwide. But it’s not about the number of awards hung with pride on our walls or the number of barrels we produce each year. It’s about the people and the relationships forged in these walls. The people that have helped shape us into a trusted independent craft brewer that delivers consistently refreshing and great tasting beer day in and day out. Below are just a few of the stories of the people who have made their mark on our hearts and your beer over the past 25 years. Join us in celebrating our 25th Birthday with the release of our four Pelican Brewing Bird-Day Alumni collaborations and our Bird-Day Box.

Cheers to 25 years of beers, fellow fanatics. This is as good as it gets. 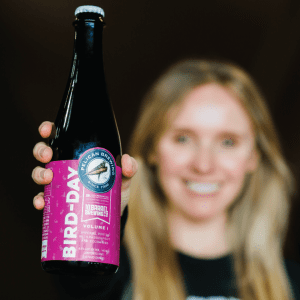 Want to celebrate our 25th Bird-Day with us? Tag us in your #BirdDayBox unboxing.